All We Knew But Couldn’t Say

When I was a teenager I thought I knew everything but I had no idea how to live in the world, or how to take care of myself, or what the meaning of home truly was. It took a while to find home.

My mother found an arts school in another city when I was a girl and made it seem like it was this beautiful proposition. I would leave home, have a roommate and live an apartment. But my world fell apart, or so I thought.

I  had no sense of community after I left my city of birth, had no family, no place, no sense of home. But I tried to be a teenager at school, tried to act like I was just one of the kids, but I wasn’t. I went to academic classes in the morning, and theater lessons in the afternoon. I partied with other kids like I was just being a normal teenager, but I’d already partied in my youth. I was already living as an adult in the adult world, taking care of myself, living as an independent. I was on my own and working an industry that commodified people, especially girls.

An Internal shame and blame had taken over. I was awkward, suicidal, had stopped eating and stopped connecting with people, withdrew. When I looked at my reflection, I saw someone I didn’t want to be, so I tried to disappear.

I wasn’t like the other girls. I was suffering with PTSD and had to dig deep while living on the edge. It was like living with one foot in the grave and one foot above ground, never knowing if I would make it. But I tried to find beauty, even in suffering.

As a feminist and a lesbian, I knew the path would be hard. I just didn’t know where it would lead me. And after many years of struggle, I finally got some help. It took an enormous amount of time to understand the root of the despair, untangle the homophobic, and misogynistic life that had been weighing me down. 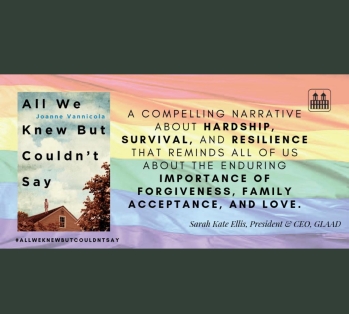 Being an actor in an industry that didn’t want to reflect or see LGBTQ people made the journey near impossible. But, I persisted, trying to prove myself, and was always prepared, worked incredibly hard.  I knew I had to be brave and make some very difficult choices. Perhaps they were not actual choices. It would be like choosing between your limbs— do you keep an arm or a leg? Do you hide your identity as a lesbian and someone who is not femme, outside the binary in order to get a job, to survive, to pay bills, pay rent? Or do you hang onto your identity as a non-binary, LGBTQ person, and hold onto your soul, your dignity?

I chose my soul.

I needed to write my life story as a way to make sense of history, to find redemption, a new way forward. It was meditative, purposeful, an act of resistance in and of itself. Many people thought I wouldn’t make it. And I needed to prove that I could, if only for myself, but it was larger than me.

Abandonment is a difficult experience to process. But there are many of us who have lived on the edge, and many of us who find each other, who excel, even if on the margins.

“I stood at the border, claimed it as central, and let the rest of the world move over to where I was.”-Toni Morrison.

This quote, to me, is about strength, power, about claiming space and making the world look, making the world see that which they normally dismiss, and look away from. Making the world move over to the edge, because it is where many of us live, and there are more of us on the edge than not.  I’m saying: This is me, this us, my people, nonbinary, queer, women, my community. We deserve this land, work, culture, and access as much as any, and I will tell my story, share it with anyone who will listen, and I hope it serves others.

To learn more about my memoir, you can find information, press, links, and upcoming events listed on my memoir website: www.joannevannicolaauthor.com

I will also add a number of links in this blog post if you feel like browsing podcasts or reading articles directly.

Kate Armstrong (author of The Stone Frigate), and I will be reading from our memoirs and engaged in conversation with author and advocate, Farzana Doctor, as part of the event series, “In Her Voice” at McNally bookstore on October 4th, 2019, in Toronto, Canada.

I’m headed to Provincetown on October 14th, 2019 and will be doing an event/reading and conversation at East End Bookstore on Commercial Street on the 18thof October 2019.

And then I’ll be in Edmonton for the Non-Fiction Lit Festival from October 24th-27th, 2019.

You can find my book in multiple stores across North America and in the UK. Or you can order it from your local bookstore or purchase it online.

Bustle Mag listed All We Knew But Couldn’t Say as one of the top 21 new memoirs to read in summer, link: 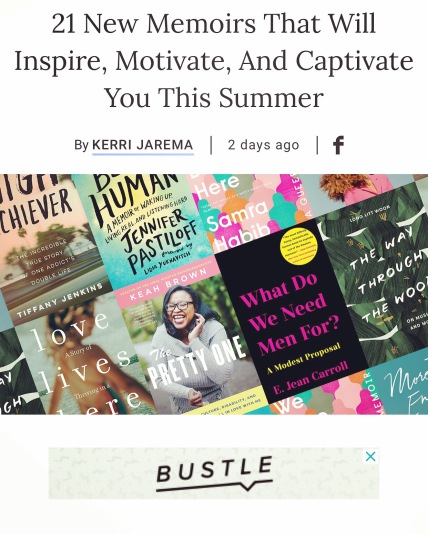 Word On The Street, upcoming Festival in Toronto: 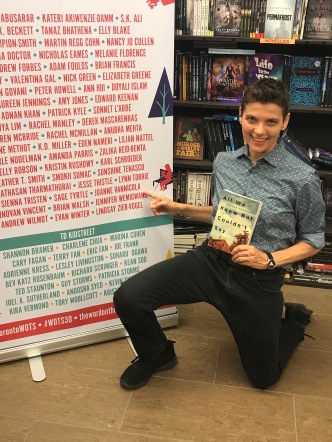 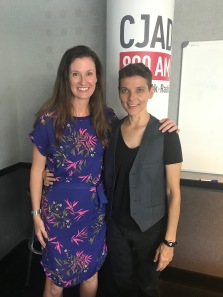