When people we love are perpetrators of violence. 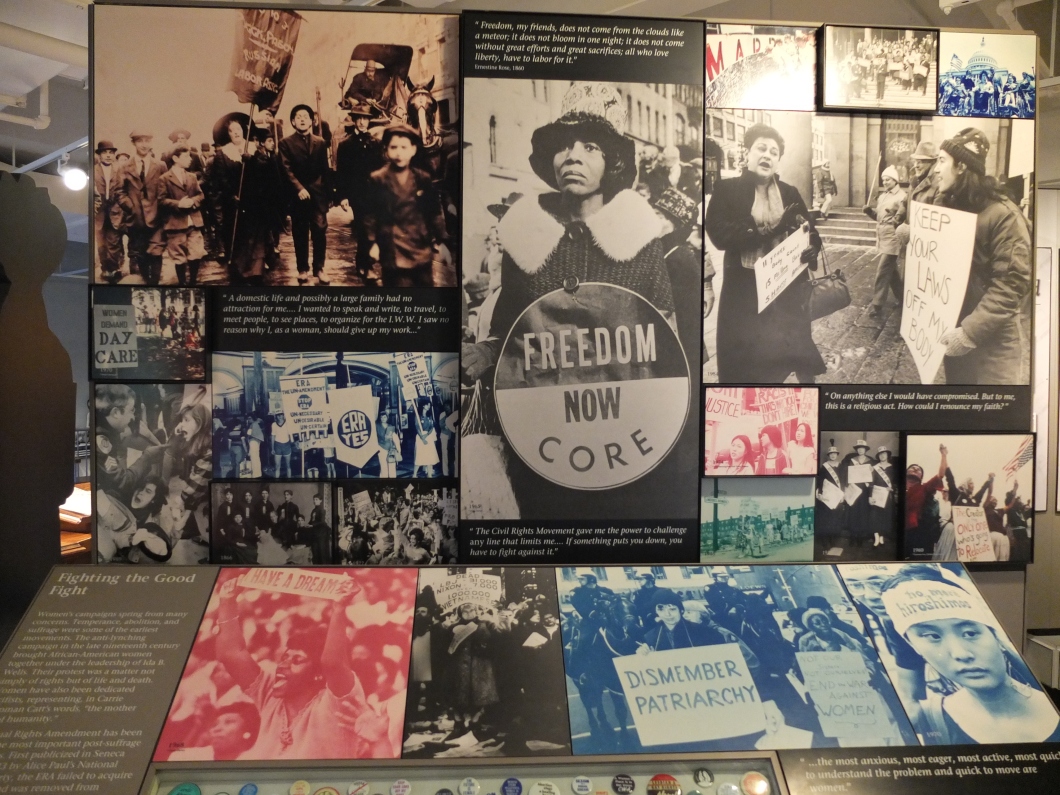 When people we know in the public eye commit acts of sexual violence and they are defended, I think it’s like when we learn someone in our family has done something horrible to another human being- it’s hard to acknowledge that someone we love can commit an act of violence.

Whoopi Goldberg defended Cosby for so long until she finally understood that defending him was something she could no longer do, that she had to take a look at the reality. She stopped talking about it publicly and left it with:  “It looks bad, Bill,” Goldberg said, addressing the comedian through the camera. “Either speak up or shut up, because people know now that there’s a lot more out there than they thought.”

The New York Magazine published an article where 35 women told their stories. What is relevant is that we are still saying the same things, still not supporting the women who come forward: “Still, the culture of silence and shame lingered, especially when the men accused had any kind of status. The first assumption was that women who accused famous men were after money or attention. As Cosby allegedly told some of his victims: No one would believe you. So why speak up?”

When over fifteen or forty women come forward to say they were sexually assaulted, it’s hard to deny this truth. Yet culturally we do it over and over and over. The defence of those we love who ‘could never,’ who would never do such a thing…but they do. People we love are perpetrators of sexual violence. Galloway, Cosby, Ghomeshi, Polanski, and many others who have been accused of sexual assault. All are or were in positions of power over, and the actual victims had a certain adoration and desire to please the people they idolized, either they were famous or teachers or mentors and they were trusted. I think it might be important to recognize how we are also duped by those very same people we defend and adore.

But I have to question, had these students been male or students who alleged that their professors or mentors called them racist names in private, or intimidated them because of race or disability or some other equally horrible act, and if it was serially perpetrated, would there be a massive defence by other powerful people in the film or literary industry? It seems to be something reserved for girls and women who speak out against sexual violence, this pattern of defending the accused. We never truthfully see this same reaction in these other areas and we would be shocked if celebrities supported the accused alternatively. I believe sexism and a lack of belief factors into cases of sexual assault, specifically. There seems to be no other comparable crime where victims are the ones who are not believed and are doubly victimized by the systems and supporters of the accused. Please, just think about it. We do see mass systemic racism and discrimination against Indigenous, Black, Muslim, Mexican, Latino, Asian and South Asian populations, but that is not what I am talking about, I’m talking about sexual assault, belief of and public support in cases of sexual violence.

I didn’t want to believe that Cosby was a serial sexual predator because I loved his show so much while growing up. It was difficult to accept, but I did because those women deserve to be believed. It took away my childhood ‘fantasy family’ (though it served a purpose then), and it hurt. It just hurt and I felt duped. I felt hurt that someone I cared for in the public could be so horrible and it required a recalibrating of my own reality.

We are also all duped when perpetrators act like victims when they are called out for their criminal behaviour, and maybe, just maybe that is what is happening with Galloway (unless you actually believe he didn’t sexually assault any of his students). I am grateful for writers and men like Lawrence Hill who spoke out about the Galloway accusations at UBC and the students who came forward about being bullied, sexually assault and harassed in the article in Quill and Quire. More men are needed as allies and must speak out with us. 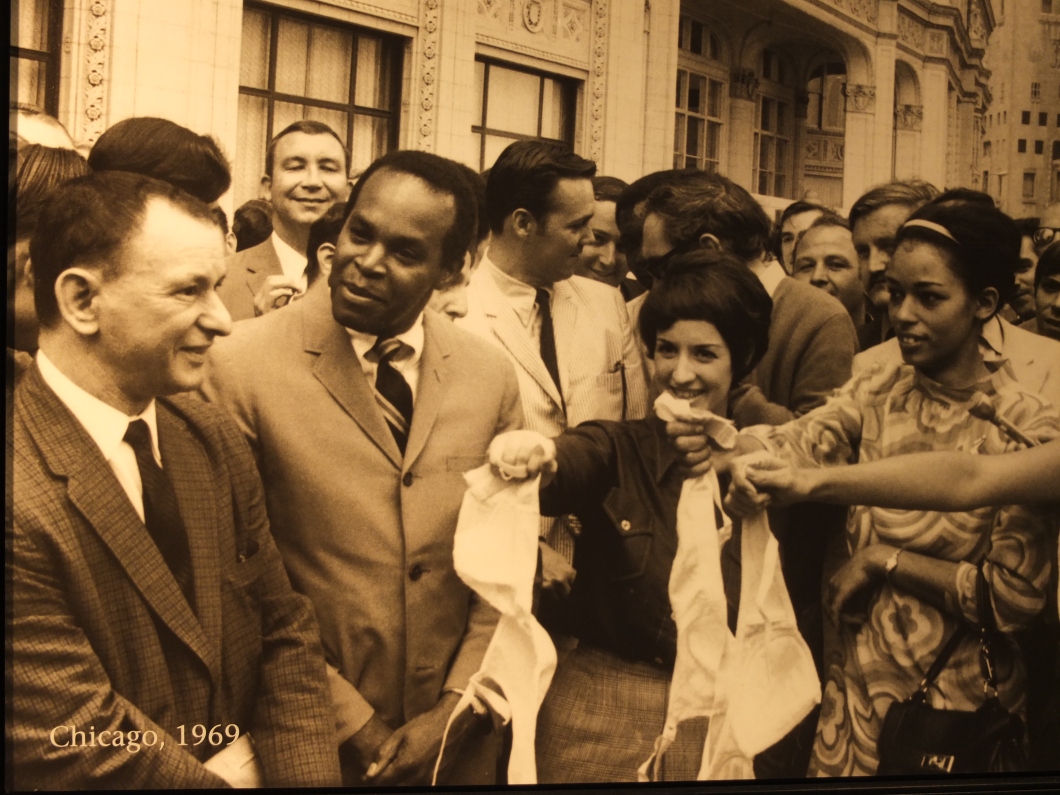 In my family, perpetrators turned into “victims” when they were called out, either they wanted to commit suicide or said it wasn’t true, or just flatly didn’t care or ignored, and that was even more difficult to deal with in some ways.

Apologies for long posts but feel the need to have longer conversations about violence and sexual assault/rape. Sometimes these issues require it. 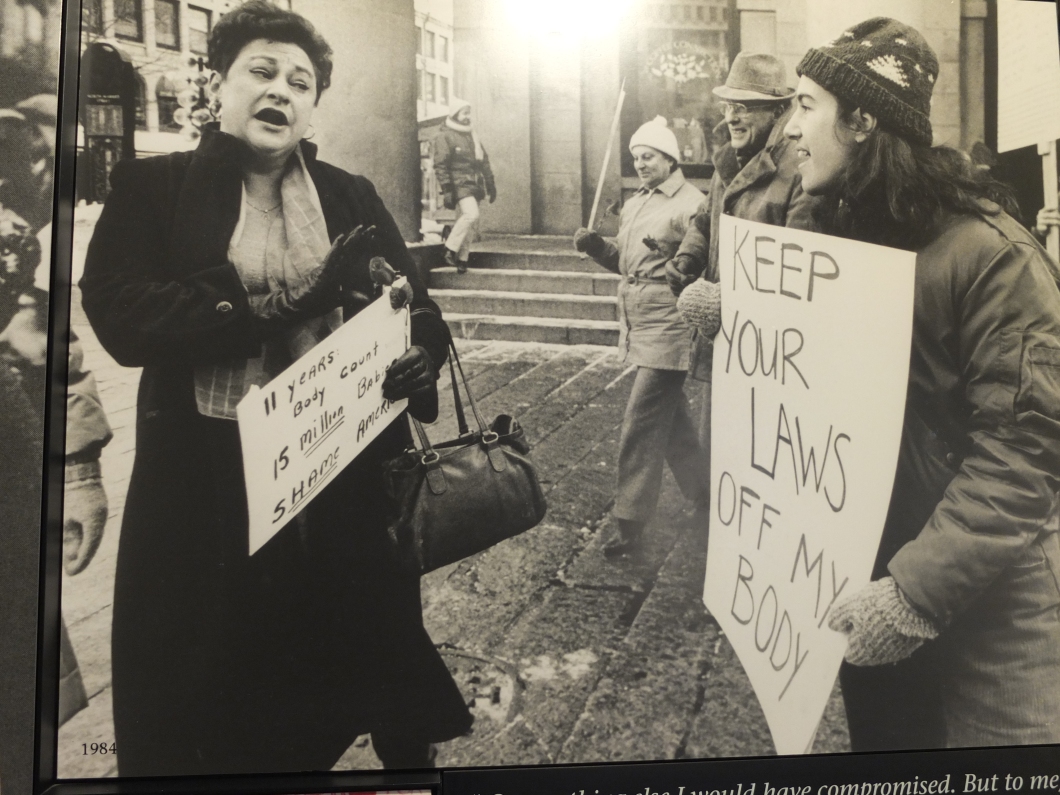 Personally I stand in solidarity with those who are brave enough to come forward to say they were harmed. Fair process is all grand, but a teacher truly can’t remain in a position of authority over other students while there is a sexual assault allegation in the system. It makes other students feel unsafe and sends a message that they will not be believed if they come forward with allegations of sexual assault by a prof, and then shows them that nothing will come of it they do. A teacher can’t remain a prof under these circumstances, just as a judge, lawyer or police officer shouldn’t either. When they do we are outraged, and so, we must hold accountable the people who are accused of sexual assault. It does not mean we have to hate people we know, it does not mean we must stop loving someone, but we must be willing to hold them to account, even when the system is flawed or mishandles a situation.

In my family I don’t hate the people who have committed acts of violence, but I don’t accept their behaviour either. I keep it in the light so that it is not forgotten and to remind us that it is the root and cause of so many problems that we must work on if we are going to heal or if we are going to make a better world to live in for the next generation. I am not the most cherished in my family let’s say, but I accept. I accept that I am the rabble rouser and that I stand up for truth and justice. We all make our own choices personally and publicly and must live with them.

Trump is a racist, sexist, and a serial sexual predator who was elected to be President of the United States. Shocking, still. We have a long way to go to make up for all we have done to this planet and to the most vulnerable. May we find a way to support each other on the march to equity, freedom, emancipation and true love. How will we ever rise up if the don’t hold those in positions of power to account for their actions, the accused? And how can we help those heal who have been hurt, the victims? How do we act responsibly and move the line forward in our culture, and not repeat the same mistakes over again?

The electoral college system in the States is failing democracy. The court systems and universities are failing girls and women who are being sexually assaulted. We must all hold the light up and be willing to look into the mirror and change the system, and work hard so history does not repeat itself. 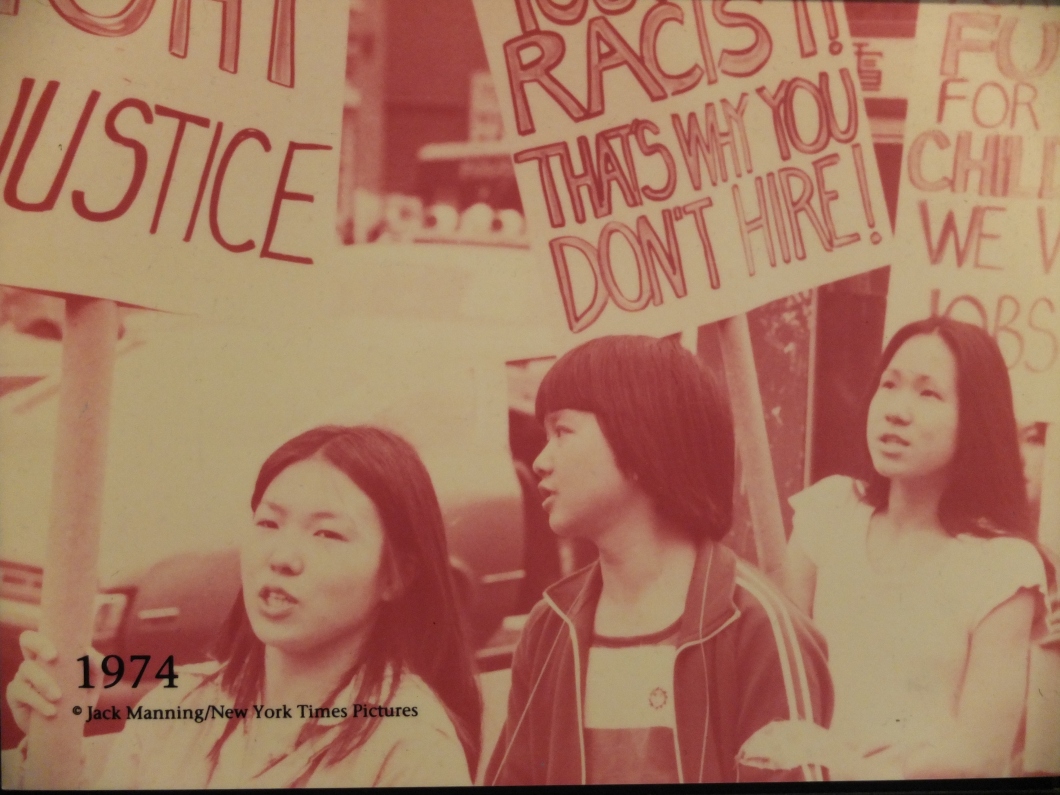 Thanks to those who made it to this last line. I am still searching for answers but I do know that I will not accept the silence or shaming of those oppressed, assaulted or vilified by a culture or by those who have been accused that shift blame or deny. I only hope it’s not to late for those who come after us. 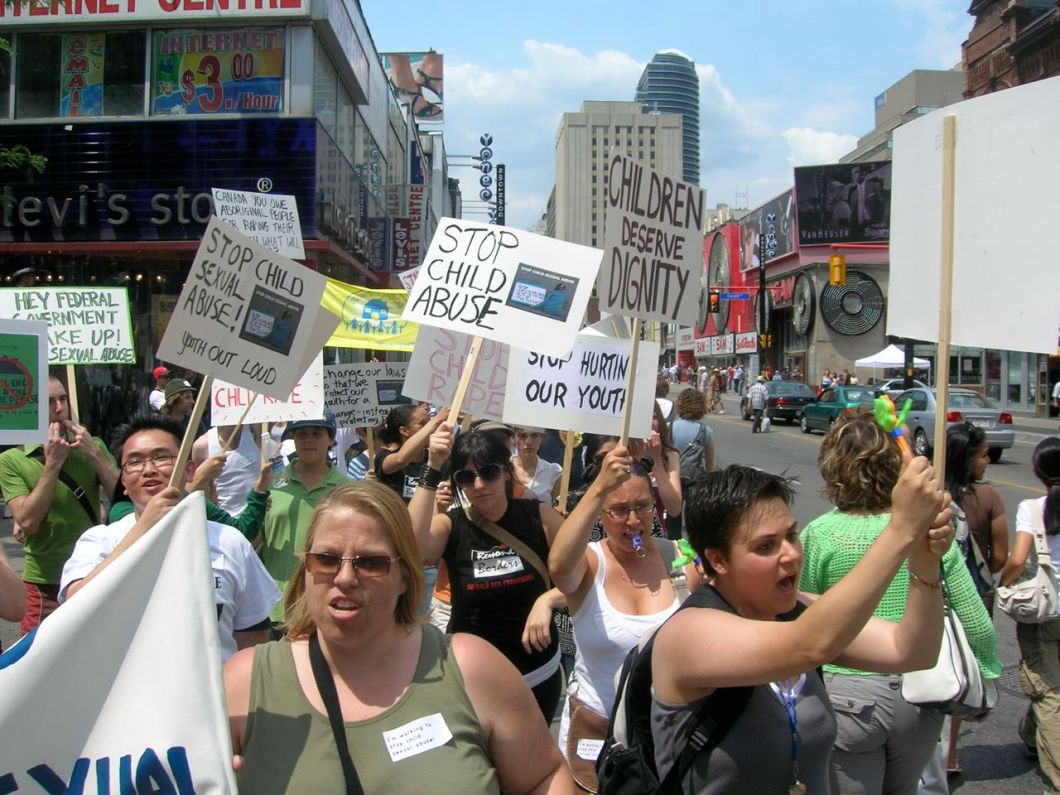 This picture is from even I ran with Youth Out Loud. 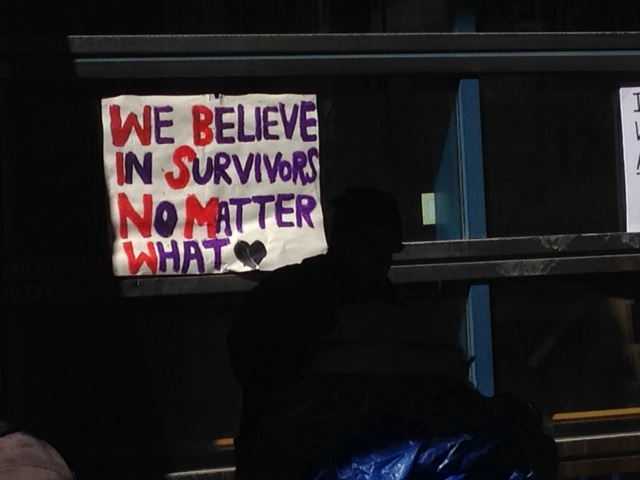